In autumn 2014, the conversation is continuing at

Note: this schedule was updated on 14 October.

Vince is the Drummond Professor of Political Economy, and has a longstanding interest in behavioural and experimental economics. He boasts that he was thinking about preproperation (or precrastination) long before anyone else.

‘Anyone can do any amount of work, provided it isn’t the work he is supposed to be doing at that moment,’ wrote notorious wit Robert Benchley (Chips Off the Old Benchley, 1949) in the now-classic slogan for structured procrastination. If side projects make you more productive, Diane is a Fordist fantasy. Alongside writer’s block, her areas of interest include the English Civil War; Milton and Marvell; the supernatural, especially witchcraft; women’s writing; food and food history; children’s literature; and writing mythical novels as one half of Tobias Druitt.

29 October: John McManus, ‘Driven to distraction: football supporters, technology use and the politics of place-making’

John is an anthropologist of popular culture and migration, especially smartphone-wielding Turkish football fans. When taking a well-earned rest from the terraces, he can be found lending his voice to winsome indie-folk outfit the Yarns.

Tamara Spitzer-Hobeika is a research officer with Oxford’s Programme in Comparative Media Law and Policy. She has worked on such dilettantish topics as hate speech, missile defence policy, and nuclear proliferation—seasoned with a soupçon of Baudelaire. 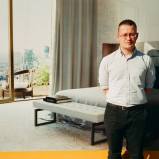 Huw is an artist, cultural commentator, and sometime Guardian contributor. He tweets with terrifying fecundity @spitzenprodukte.

Arthur is an economic historian, and one of the original organizers of our 2 July procrastivaganza. His DPhil looks at the saving patterns of working class households in nineteenth century Britain, and how individuals overcame their procrastinatory and myopic tendencies to put off saving. It hasn’t helped him be more self-controlled. He knows the words to nearly every Friends episode.

Katrina Mayson is a PhD student at the University of Sheffield. Her research is on the lives of objects within Elizabeth Bishop’s writings, with a specific focus on her work as translator and the influence of Brazilian language and culture on her poetry.

The Procrastination Seminar is generously supported by All Souls College.

2 thoughts on “The Procrastination Seminar” 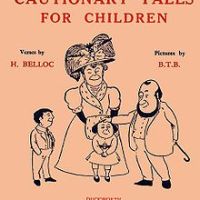